So, after being back from a recent vacation trip and having to use the hotel Wi-Fi for my mobile phone, I once more started thinking about setting up a VPN endpoint for myself. I simply don’t trust “foreign” Wi-Fi hotspots.

A few years ago I kept a simple OpenVPN installation up and running on a DigitalOcean droplet, but let it deteriorate and stopped using it at some point. Also because of the Coronavirus pandemic that started last year there wasn’t much travelling around anyway, thus I had no immediate need for a VPN.

But thanks to the wonders of modern medicine (thank you very much Katalin Karikó! 👍️) the situation has changed this summer and I was once again able to travel abroad. Which let to my decision to once more setup a VPN endpoint for myself. 😆

The question was, what software to pick and how do I deploy and operate it this time?

WireGuard® is an extremely simple yet fast and modern VPN that utilizes state-of-the-art cryptography. It aims to be faster, simpler, leaner, and more useful than IPsec, while avoiding the massive headache. It intends to be considerably more performant than OpenVPN. WireGuard is designed as a general purpose VPN for running on embedded interfaces and super computers alike, fit for many different circumstances. Initially released for the Linux kernel, it is now cross-platform (Windows, macOS, BSD, iOS, Android) and widely deployable. It is currently under heavy development, but already it might be regarded as the most secure, easiest to use, and simplest VPN solution in the industry.

WireGuard aims to be as easy to configure and deploy as SSH. A VPN connection is made simply by exchanging very simple public keys – exactly like exchanging SSH keys – and all the rest is transparently handled by WireGuard. It is even capable of roaming between IP addresses, just like Mosh. There is no need to manage connections, be concerned about state, manage daemons, or worry about what’s under the hood. WireGuard presents an extremely basic yet powerful interface.

A combination of extremely high-speed cryptographic primitives and the fact that WireGuard lives inside the Linux kernel means that secure networking can be very high-speed. It is suitable for both small embedded devices like smartphones and fully loaded backbone routers.

It’s the year 2021 after all, using anything other than WireGuard as your VPN is utterly silly.

Well, these days I’ve more or less migrated almost all my projects onto my own personal Kubernetes cluster. Whether it’s just to use it for config management purposes or more actual technical reasons is moot at this point. So Kubernetes it is!

But then the question is, how do I run WireGuard on Kubernetes?

I’ve looked at various solutions on how to go about it, some of them included the following:

Ultimately I decided on masipcat/wireguard-go, because at its core it is a really simple and uncomplicated prebuilt Docker image, and also directly provides a Kubernetes deployment example that works out of the box.

The first you need to do when setting up WireGuard is to prepare a configuration file for your server:

As you can see from the server config example above we’ve chosen the network 10.10.0.0/24 to be our Wireguard VPN network. The server itself and all clients should be configured to IPs within that subnet. The server itself is defined as the gateway with 10.10.0.1/24, and then for each client (peer) you configure a specific /32-IP in that subnet to be assigned. This IP will need to be reflected also in the client config file.

The public and private keys needed for the server and clients can be generated by using wg, which is usually part of the WireGuard tools package of your chosen Linux distribution.

To deploy WireGuard with this configuration onto Kubernetes we have to prepare a few resources defined in a yaml file:

I’m using ytt to do all my templating and then deploy and manage all my Kubernetes resources with kapp. The templates I wrote for deploying WireGuard onto Kubernetes are available here on GitHub: WireGuard ytt templates

We are going to just directly deploy without doing any templating for this example to keep it brief:

Your very own personal WireGuard VPN server should now be up and running, reachable on the NodePort IP and port 31820 as per our Kubernetes service definition.

AdGuard Home is a network-wide software for blocking ads and tracking. When using it as your main DNS server it allows you to take advantage of system-wide ad-blocking on all your devices and you don’t need any client-side software. It operates as a DNS server that blocks predefined ad and tracker domains using the “DNS sinkholing” method, thus preventing your devices from ever connecting to those servers.

In terms of functionality it is very similar to the more well-known Pi-Hole but much easier to setup and operate, especially in regards to Kubernetes deployments.

AdGuard Home is open source and can be found on GitHub: https://github.com/AdguardTeam/AdGuardHome

Of course we also want to run AdGuard Home on Kubernetes, same as with WireGuard before. The main reason being that we want to be able to configure AdGuard Home as the sole DNS for established WireGuard VPN connections, forcing the clients to resolve all DNS queries via AdGuard Home and thus blocking ads.

AdGuard Home is available as a ready-to-use image on Docker Hub: https://hub.docker.com/r/adguard/adguardhome

In order to deploy it on Kubernetes we again have to prepare a yaml file with a few resources defined:

Same as before with WireGuard I’m using a collection of ytt template files and do my deployment with kapp. The complete set of templates can be found here: AdGuard Home ytt templates

Again though, for this example here we are just directly deploying the above yaml file without any templating:

And just like that we’ve now got an DNS ad-blocker deployment up and running! 🥳

Use it with your Android phone

WireGuard clients exist for a large variety of operating systems and devices. It’s easy to use it as your VPN on any Windows, Linux, OSX, iOS or Android device. Simply download and install a client for the platform of your choice: https://www.wireguard.com/install/

One of the more interesting use-cases would be to use it as a VPN for your mobile phone. For Android the best way is to use the official client, maintained by the WireGuard devs themselves: the Android WireGuard app

What are the benefits of doing this?

So at this point you might wonder why doing all of this in the first place, why would you run your own VPN server and DNS ad-blocker on the internet? Why connect to it with your phone?

There are various reasons for running this on my Kubernetes cluster (besides it being a fun project to thinker with), but the most important ones are these:

Let’s get started on preparing a client configuration file for your phone:

As you can see in the example above with the DNS entry we’ve defined which DNS server should be used by the client once the VPN connection is established. In this case it is the IP under which our AdGuard Home DNS server is reachable, and thus we have now DNS-based ad-blocking automatically included for all our VPN traffic/connections.

Once we have the client config file ready our next step is to import it into the WireGuard app on your phone.

The easiest way to do this is with a QR-code. We’ll install qrencode for this:

Now let’s use it to generate a QR-code picture of our config file, displaying it either directly in the terminal:

Or by writing it to a PNG file to display: 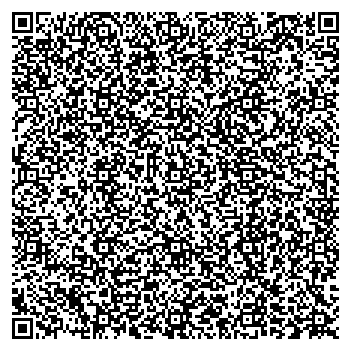 Simply scan the resulting QR-code with the WireGuard app on your phone to import the client configuration.

After importing you can then connect to the VPN and enjoy an ad-free internet experience on your whole Android phone, be it in the browser or inside apps! 😃

WireGuard is very fast, stable and also handles reconnects gracefully, allowing you to basically have the VPN connection open 24/7.